We are very proud to announce that our Serie F line will be getting new bands, including the special editions Condega Maduro and Condega Arsenio. From now on, we will be phasing out the old inventory and replacing it with the new cigar bands as new production is rolled, but none of the boxes are being changed.

This restyling moves in step with our goal of expressing modernity in the look and tradition in the quality craftsmanship of the cigars. Since 2015, the Condega Serie F has evolved to achieve a sense of distinction and its own personality: launching new vitolas (Lancero and Mareva) according to aficionados tastes first and then gradually changing its image in bands and boxes (as we did in 2019). 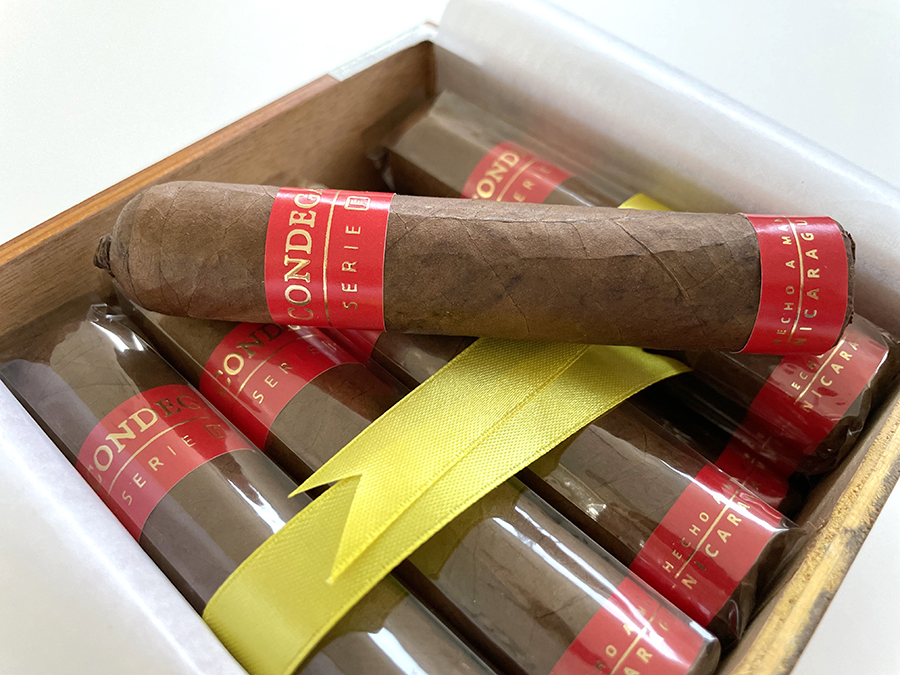 The cigar band that we have introduced now keeps Condega’s characteristic typography and its red and gold colours. The fundamental changes are based on the layout of the graphic and textual elements: on the one hand, the double golden line box in which the name Condega Serie F was circumscribed disappears, leaving now a single golden line that separates the name of the brand (Condega, above) from the name of the line (Serie F, below), in order to give the cigar band a modern, update, cool, sophisticated and minimalist look. On the other hand, the texts referring to Serie F (in the upper band) and Hecho a mano (in the lower band) have been lengthened to make them easier to read and, incidentally, to stylise the whole look of the band. In the case of Condega Arsenio, this change also applies to the Edición Especial text. 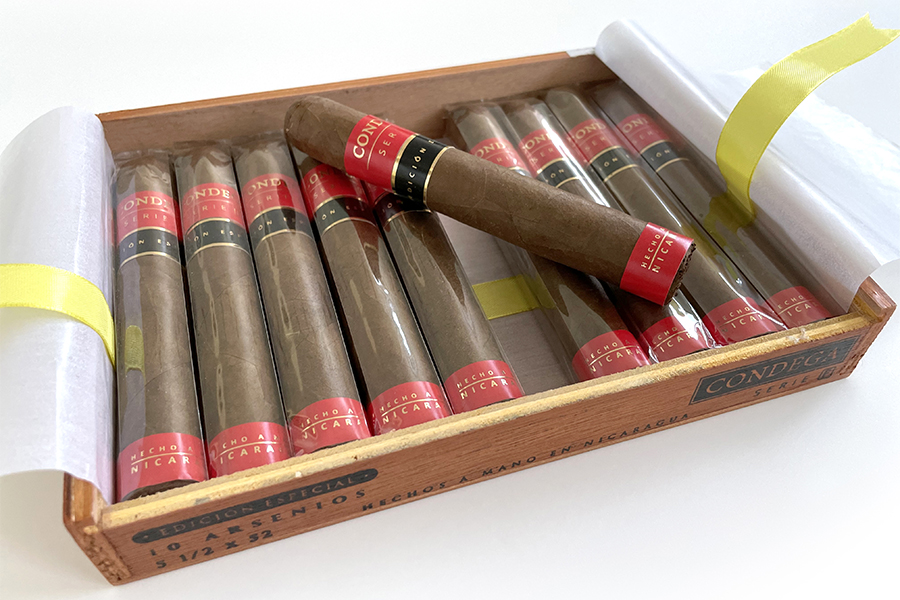 The aesthetic restyling of the cigar band is accompanied, in all Condega Serie F cigars, by the widespread use of cellophane, a material made from cellulose which, unlike plastic, is biodegradable and environmentally friendly. On of our priority objectives is protecting all the cigars against possible damage from falls, rubbing, etc., as well as to guarantee maximum safety and hygiene, essential in the pandemic times we have been living through since 2020. This cellophane incorporates an individual bar code on each cigar, which makes it easier for tobacconists to control stock and sales. 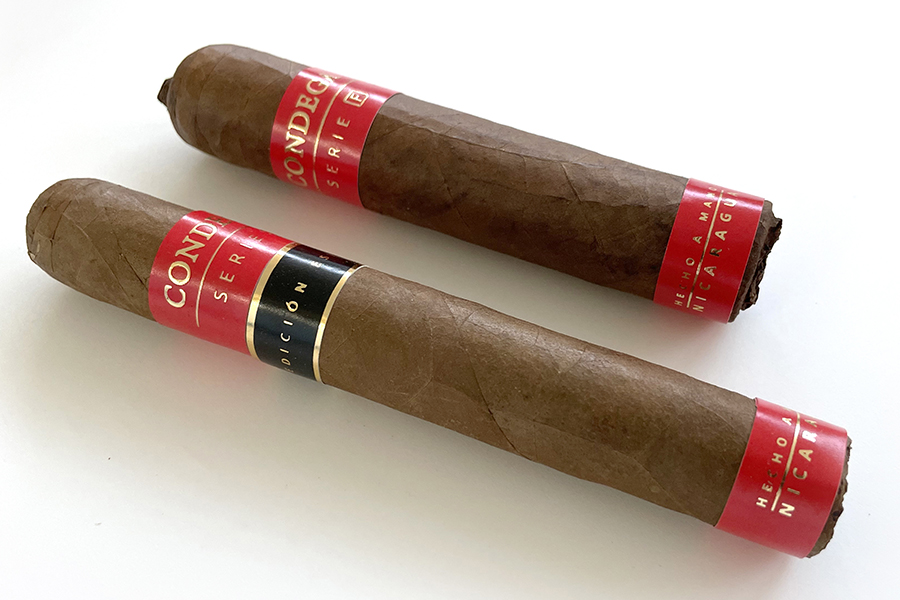