Three weeks after landing for the first time in Thailand, Condega Cigars is expanding in popularity across the country. Last September 26th, Whisgars Tasting Room Phuket (Thailand) hosted its annual Long Ash Competition at their cigar lounge overlooking the marina at Phuket Boat Lagoon and chose Condega Cigars for the contest. The goal was to smoke one Condega Serie S Magnum 52 (size 6×52) and keep the longest ash in the longest possible time. 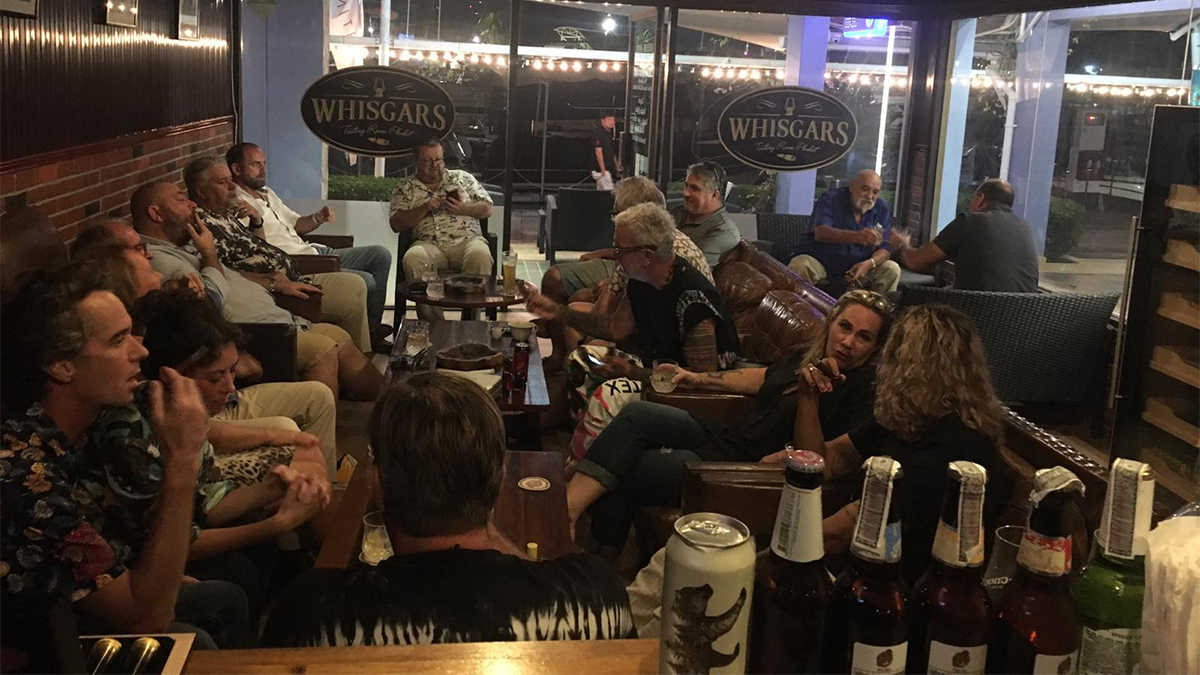 There were cigar enthusiasts coming from four different countries participating and competing against last year’s winner that defended his best ash lenght of 7.6 cm.

Richard Valentine, owner of Whisgars Tasting Room Phuket, selected the Condega Serie S Magnum 52 for its size, both length and ring gauge, and its price. Having smoked the cigar recently, he thought it would be the perfect cigar for this year’s competition. And it was!

Everyone settled into their seats ready to start by 7.30 with one person having arrived just after 4pm to claim their preferred seat. Cigars were lit, drinks were sipped, and the barracking started almost immediately with comments regarding shaking hands and leaning ash.

Each competitor was allowed to measure the cigar a maximum of three times, so the strategy also played an important role, not just having a steady hand. Heads were leant back to reduce the pressure on the ash and there were some comical scenes: people tried to measure their ash with a ruler trying not to lose their lentgh. During smoking competition, some interesting shapes on the cigar ashes appeared as the air-conditioning tooled its effect and people struggled to counteract them. 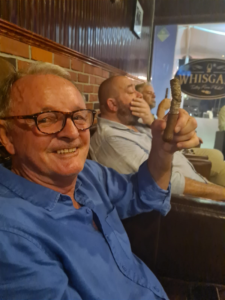 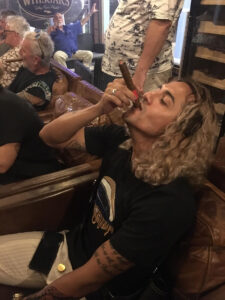 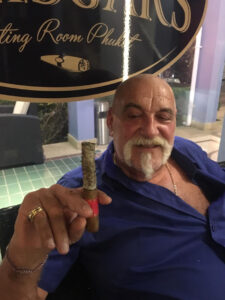 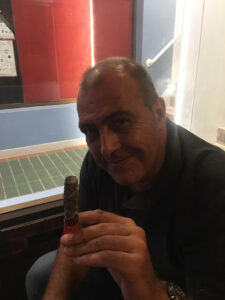 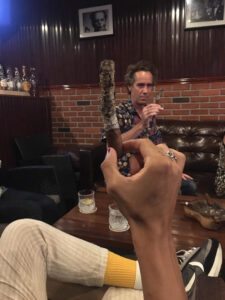 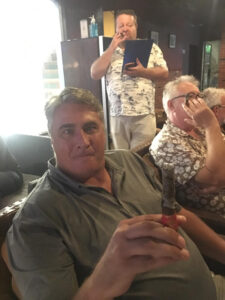 The winning ash length was 8.5 cm (3 ½ inches), and also four people reached 8 cm. The longest ash of the night was over 10.5cm (4 ¼ inches), but couldn’t be measured: the competitor tried to get as long ash as possible before his final third, but it fell just before the evaluation.

The happy winner was Peter Jacops, a Phuket resident and regular in Whisgars. His prize was a limited edition of mini desk humidor with fountain pen from Cuervo y Sobrinos. ¡Congratulations! 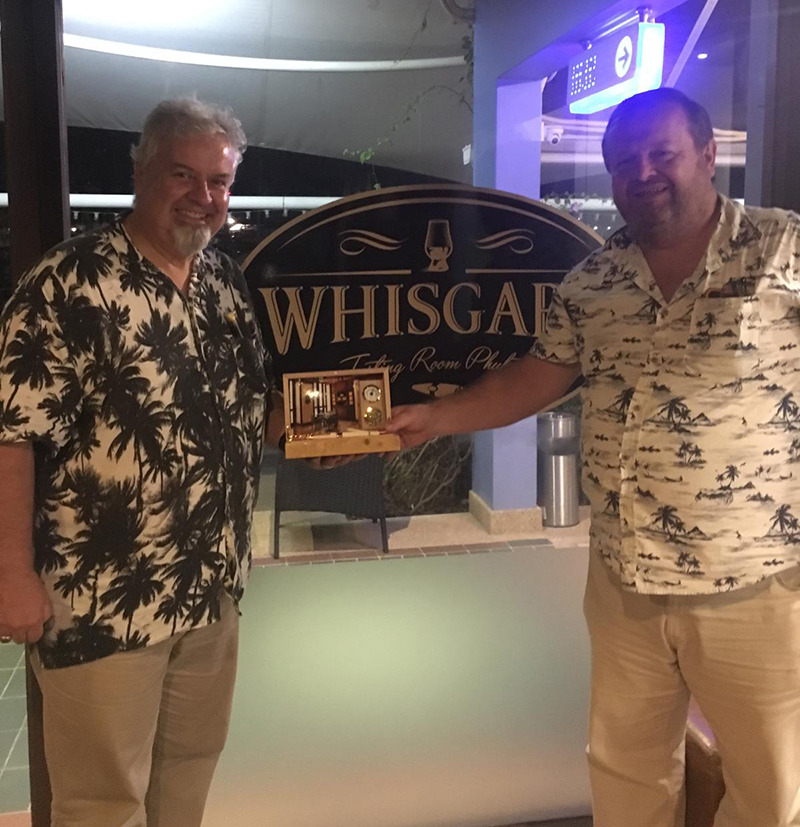 Peter Jacops (on the left), receiving his prize from Richard Valentine, promotor of this initiative for aficionados in Phuket.

Whisgars Tasting Room Phuket is the island’s only dedicated Whisky and Cigar Lounge catering to all tastes in cigars, and stock premium cigars of all origins. They work with Cigar Emperor for the Nicaraguan cigars distribution in Thailand and regularly organize events such as the Long Ash Competition and tastings along with cigar dinners.

On October 22nd they will be promoting Condega Cigars at the Hospitality Golf Challenge in Phuket as a sponsor of a hole, an event focused on hoteliers, restaurateurs and other hospitality industry professionals. And next November, they are hosting a Spirit Glass Tasting event together with Riedel Glass. 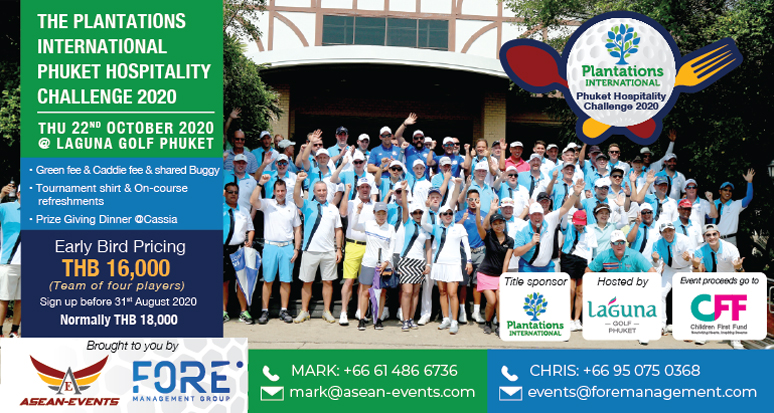 If you are interested in participate in these events, contact Whisgars Tasting Room Phuket via email: richard@wtrp.asia.