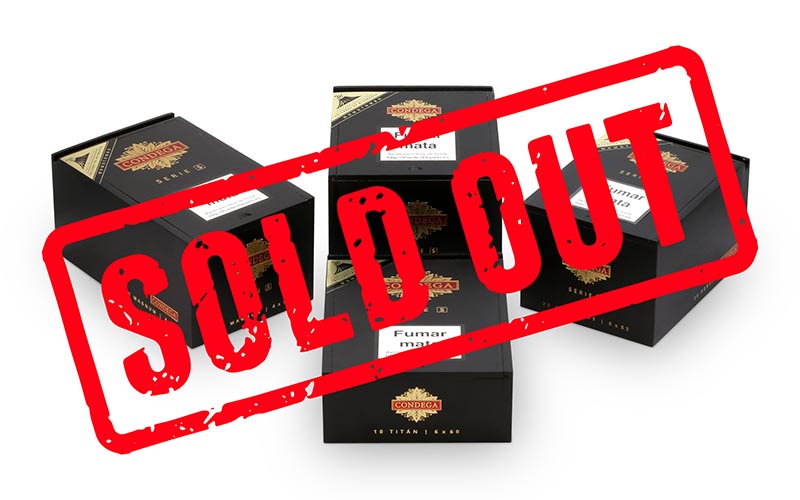 In just over three months, Condega Serie S Edición Volcanes Momotombo has sold out all its stock. Since its launch in January 2018, a total of 22,240 cigars have been sold in the Spanish and European market, and just mid-April of the same year, all the supplies have left our warehouses.

A big farewell to a limited edition that will not be available on the market again.

Even with all the predictions that Condega Momotombo was going to be very successful both in Spain and in the rest of Europe, what we could predict, we certainly did not expect everything to be so fast, and it has far exceeded all expectations.

In addition to Spain, the European countries where the Condega series dedicated to the Momotombo volcano is being distributed are Germany, Switzerland, Estonia, Finland, Austria and Holland. European smokers, great connoisseurs of Nicaraguan tobaccos, have been particularly attracted by the excellence of the Condega Momotombo cigar and its unbeatable quality / price ratio.

In addition, the tribute to Nicaragua with a limited edition of premium cigars named as one of its most beloved symbols of identity, the Momotombo volcano, has delighted fans of the good smoke.

We can say that the strength of Condega Momotombo has really emulated the volcano itself in its best times of activity. And now it’s time to sleep … until the next volcano!