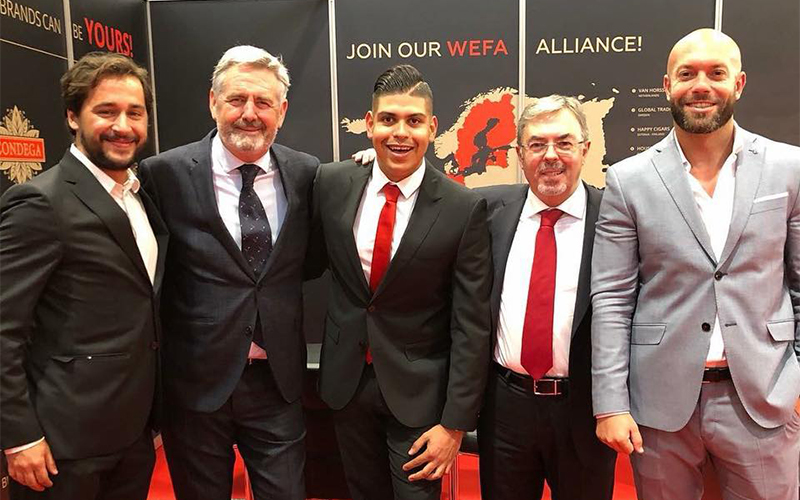 After a year of intense promotional work throughout Europe, the Nicaraguan cigar brand Condega Cigars has returned from the Intertabac 2018 fair trade, held on 21st, 22nd and 23rd of September in Dortmund (Germany), with an absolute success in its union with distributors and aficionados of the international cigar industry.

The best of the cigar business met in the must-attend annual meeting where Condega Cigars attended for the first time in its history and did it in two different spaces: with a spot at the stand of the prestigious German distributor, Wolfterz GMBH booth; and in its own booth as part of the brands owned by Gesinta International Tobacco Company, responsible for its manufacture and international distribution.

Its introduction at Intertabac predicts many more successes in the future, as new countries have shown interest to join the WEFA alliance (Water, Earth, Fire, Air), a macro-agreement that Gesinta promotes among first-class tobacco distributors whose main benefit for members is the exclusive entry into its territory of some of the major brands of premium cigars at a price that satisfies equal parts wholesale partners, tobacconists and aficionados. Among them, Polonia, Macedonia, Malta, Israel, Malasia, China, Hong Kong, Vietnam, Macao, France, United Kingdom, Portugal, Saudi Arabia, Ukraine and Japan.

To offer the best cigar at the best price is the main purpose of the WEFA alliance: a group of partners involved professionally and personally in a pioneering project of which are already part of major companies in the sector in Europe and the Middle East.

Condega has come to Intertabac supported by an unprecedented sales success because there are already thousands of cigars sold internationally, and it has been the first cigar brand that Gesinta has chosen to begin its international project.

However, Gesinta has also taken advantage of Intertabac to introduce the new brands that has developed to satisfy the tastes and economy of smokers segments that were not covered yet, which are: Umnun (tobacco from Nicaragua and Honduras), Kraken (binder and filler from Nicaragua and Indonesian wrapper), Raza (tobacco from Honduras and Nicaragua) and Don Jose (100% Nicaragua). All these brands arrived with the blessing of the Spanish market that has welcomed them into their catalogue of favourite cigar brands, surprising both tobacconists and aficionados for their unbeatable quality/price ratio. In fact, after the show, both Umnum and Kraken go on the international market: the first road to Switzerland and the Netherlands, and the second one starting to conquer the markets of Switzerland and Austria. 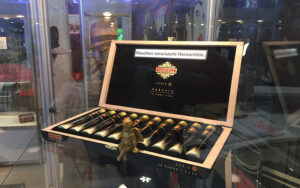 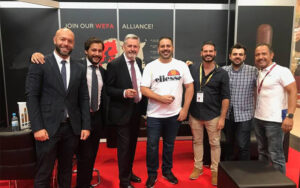 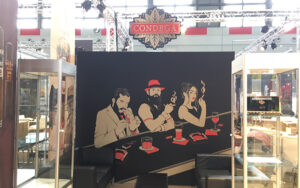 Gesinta international Tobacco Company is a Spanish company focus on the manufacturing, importing, marketing and distributing of tobacco with more than 23 years of experience in the industry.

Founded in 1997 by Ramón Zapata, Gesinta is the first Spanish cigar company and the fifth in the general ranking just behind four multinationals. Throughout its career, Gesinta has been a pioneer in the Spanish market, developing unique and innovative projects in the tobacco industry, while participating in different segments (cigarettes, cigars, RYO, MYO, pipe tobacco, etc.) with great success in each one of them.

Gesinta has designed and marketed several brands in Spain that have grown exponentially thanks to the quality of their products, their image and a highly competitive price. In fact, the company’s flagship brand, Condega, has been Nicaraguan best selling brand within the premium segment; and in 2018 it has climbed to the Top Ten, regardless of its origin.

The first results of the Gesinta international project show that the success of premium cigar brands in the Spanish market reproduces with the same or more intensity in the rest of the countries that have opted for their incorporation.