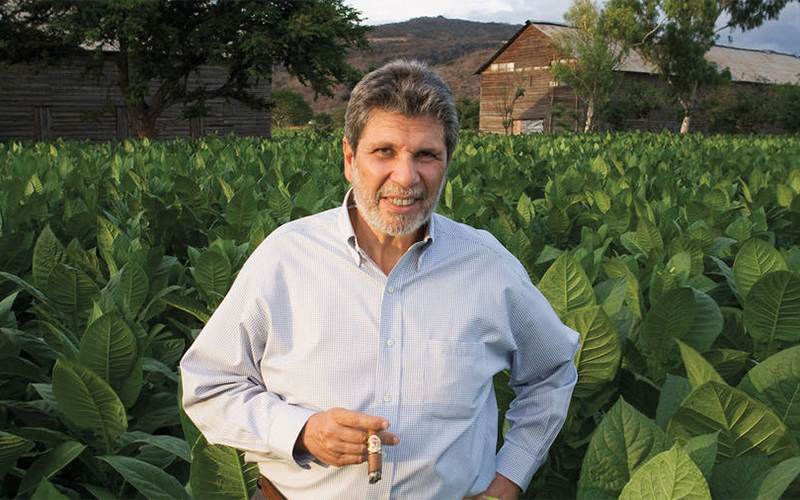 Eduardo Fernández at one of his farms in Estelí, Nicaragua.

Cuban born Eduardo Antonio Fernández Pujals, owner of Aganorsa, S.A., and producer of the cigars that bear the Condega Cigars brand, arrived in Nicaragua in 1997 to fulfill a dream: to produce the best tobacco in the world using traditional methods. Twenty years later, Aganorsa is the largest producer of tobacco in Nicaragua and Eduardo is proud of what he achieved.

Like all good stories, there was an aura of mystery that surrounded the Aganorsa farms: why is this new guy in the business growing tobacco without selling it? In such a family based sector, where everyone knows eachother and operate in a similar way, the first movements of the company raised all kinds of rumors, like how the tobacco grown in the plantations of Arganosa was destined to the secret elaboration of Cuban cigars. But nothing was further from reality. The only thing that was behind Eduardo’s unsual method was an excellent business strategy: to give the company the samething that good tobacco producers give to their cigars: Time. Time to grow, time to cure, Time ferment and time to age in a way that when Eduardo’s first cigars went on the market, all the quality standards that are carried out in the production of cigars in the traditional way were met. They wanted to triumph and they did.

Casa Fernández is at the highest level within the tobacco industry and its cigars have been awarded internationally by prestigious magazines and experts in Premium cigars. Once their quality had been stablished, Arganosa focused on its spoiled children: Condega Cigars, the brand that has experienced the greatest international repercussion as the top selling Nicaraguan brand in Spain in the last years.